Jesus and the Eyewitnesses 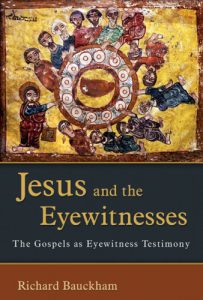 Over the past several hundred years, the testimony of the four Gospels have been criticized, scrutinized, and undermined by liberal scholarship. In this book, Richard Bauckham argues that the Gospels are not anonymous oral traditions passed down and recorded in writing, but rather testimonies of eyewitnesses who had actually been with Jesus.

Bauckham forcefully refutes the long-standing idea of "form criticism" and draws on internal evidence in the Gospels themselves to support his argument.

I would highly recommend this book for any reader of the Gospels and those seeking a deeper conviction of the truthfulness of them.