In Matthew 28:18, Jesus says that "all authority in heaven and on earth has been given to me". These words are not often discussed, but when they are, they are seen through the lens of realized eschatology as if Jesus' reign and judgment has begun. However, the apostles offer direct commentary on Jesus' words and understand them in a Jewish apocalyptic framework, affirming Jesus as the one who will judge the living and the dead at the Day of the Lord. Here are the scriptures I mentioned: Matthew 28:18-20 Acts 10:39-40 John 5:27-29 Psalm 110 Acts 17:30-31

Hey everyone, it’s Josh. So Jesus makes a statement in Matthew 28 verse 18 when he says:

“All authority in heaven and on earth has been given to me. Go therefore and make disciples of all nations, baptizing them in the name of the Father and of the Son and of the Holy Spirit, teaching them to observe all that I have commanded you. And behold, I am with you always, to the end of the age.”

This is of course a very familiar passage to many Christians, what’s often called The Great Commission, where Jesus speaks to his 11 Jewish disciples. The part of the passage I want to focus on today is verse 18 where Jesus says “all authority in heaven and on earth has been given to me.” In all of my years as a disciple of Jesus, I haven’t really heard this verse talked about much at all. And typically when it is talked about, it’s often seen in the framework of realized eschatology, as if it means that Jesus’ kingdom reign has begun and he’s actively ruling over the universe through the authority that the Father has delegated to him.

I don’t think this is what Jesus is trying to say, and I think it’s pretty clear that his Jewish disciples didn’t understand it this way either. I’ll get to why in a second. Now some modern commentators do make a connection between Jesus’ words here in Matthew 28 and Daniel 7 verses 13 and 14, which is the well-known vision that Daniel has of one like a son of man being given dominion, glory, and a kingdom. And I think that’s certainly one of the big backdrops to this passage in Matthew 28 verse 18. But I think taking this perspective and then applying it in a framework of realized eschatology misses the point of what Jesus is saying to his disciples, because of a couple of specific things.

First, verse 19 has an important connecting word in it - it’s that word “therefore”. So in light of Jesus having all authority in heaven and on earth - because of that - go preach, teach, and baptize.

We’ve got to remember that Jesus and the eleven disciples he’s speaking to are living in context to a story that began in Genesis and that didn’t come to its climax or conclusion at the first coming of Jesus. This story presupposes a Jewish apocalyptic worldview as laid out by the Law and the Prophets, meaning that history was moving toward a Day - the Day of the Lord, when God would judge the wicked, reward the righteous, raise the dead, defeat Israel’s enemies, bring back the twelve tribes, and restore the kingdom of David. A lot of times the emphasis in Matthew 28 is placed on the word “go” and the message is normally just assumed to be the standard evangelical Gospel that says “Jesus died and rose again to save you from sin and live a godly life so you can go to heaven when you die”. But the word “therefore” in verse 19 is clearly connecting verse 18 to the reason why the eleven should go teach and preach and baptize. In verse 18 Jesus is just bringing up a well-known theme from the Law and the Prophets.

So this leads to the second point, which is how we should actually understand verse 18. This isn’t mysterious because we have direct commentary on Jesus’ words here from the apostles themselves. For example, Peter in Acts 10 says this, starting at verse 39:

And we are witnesses of all that he did both in the country of the Jews and in Jerusalem. They put him to death by hanging him on a tree, but God raised him on the third day and made him to appear, not to all the people but to us who had been chosen by God as witnesses, who ate and drank with him after he rose from the dead. And he commanded us to preach to the people and to testify that he is the one appointed by God to be judge of the living and the dead.

“he commanded us to preach to the people and to testify that he is the one appointed by God to be judge of the living and the dead.

This is how Peter understood Jesus’ words in Matthew 28:18. That he was the one who was going to judge the living and the dead. As a first century Jew who understood the Law and the Prophets, Peter is just saying “Jesus is the one who has been entrusted by God to be the judge of all men on the day of the Lord”. This is why they go and preach repentance and forgiveness of sins as Luke 24:47 says, and this is why they baptize, as an act of ritual purity to confirm a disciple’s forgiveness and salvation from the wrath to come on the day of the Lord. This same phrase that Peter uses in Acts 10 is used again in 1 Peter 4 as well as by Paul in 2 Timothy 4. They’re just pulling from many passages in the Old Testament like Psalm 96, Psalm 98, Isaiah 11, and so many others that speak of the day of judgment. And they had Jesus’ words in mind from John 5, this is John 5 verse 27 through 29. Jesus says:

And he [the Father] has given him [Jesus] authority to execute judgment, because he is the Son of Man (again, referencing Daniel 7). Do not marvel at this, for an hour is coming when all who are in the tombs will hear his voice and come out, those who have done good to the resurrection of life, and those who have done evil to the resurrection of judgment.

Again, same language out of the lips of Jesus here in John 5 and what we saw him say in Matthew 28 verse 18 in terms of having authority, and the context again is the day of judgment. But I want to highlight specifically Psalm 110, a passage that is so often quoted by the apostles in their teachings and writings. In Psalm 110, David writes:

"The Lord says to my Lord: “Sit at my right hand, until I make your enemies your footstool.” The Lord sends forth from Zion your mighty scepter. Rule in the midst of your enemies! Your people will offer themselves freely on the day of your power, in holy garments; from the womb of the morning, the dew of your youth will be yours. The Lord has sworn and will not change his mind, “You are a priest forever after the order of Melchizedek.” The Lord is at your right hand; he will shatter kings on the day of his wrath. He will execute judgment among the nations, filling them with corpses; he will shatter chiefs over the wide earth. He will drink from the brook by the way; therefore he will lift up his head."

This is so important to understand. Jesus didn’t begin his reign and his judgment when he ascended, he isn’t sitting in heaven reigning and judging right now, he’s sitting at God’s right hand waiting for the day that his enemies are made his footstool. The apostles quote Psalm 110 to say that Jesus is waiting for the day - the day of the Lord - when he comes and his scepter is extended from Zion and he brings judgment on the wicked and fills the nations with corpses. This is intense stuff guys, this is no joke. This is why the apostles had urgency in their proclamation. So with Peter’s words from Acts 10 in mind, we can be confident that they understood what Jesus meant when he said “all authority on heaven and earth has been given to me” - that he was going to be the judge of all men on the day of the Lord.

It’s stunning to me how modern commentaries don’t even reference the day of the Lord or the day of judgment in Matthew 28, and I think that’s mostly because of realized eschatology, supersessionism, and replacement theology. I think even modern missions movements lack this laser-sharp focus on the day of the Lord and the return of Jesus to judge the living and the dead, but that’s a subject for another day. The great commission in Matthew 28 a call to the eleven disciples to invite their fellow Jews into their role as a kingdom of priests in order to invite the Gentiles into the coming redemption. This is consistent with what the prophets said, it’s not a redefinition of the words of the prophets. And this is what we see happening throughout the book of Acts. The apostles preach boldly first to the Jew and then to the Gentile about the coming day of the Lord and the need for repentance and faith in light of God’s promises to set a son of David on a real throne in Jerusalem to judge the nations in righteousness and justice. This urgent message and the coming day of God is what propelled the apostles to be clear and bold in their preaching. Paul echoes the same words on Mars Hill in Acts 17 verse 30 and 31:

The times of ignorance God overlooked, but now he commands all people everywhere to repent, because he has fixed a day on which he will judge the world in righteousness by a man whom he has appointed; and of this he has given assurance to all by raising him from the dead.”

Amen. If this was encouraging, please hit the thumbs up button, drop a comment down below, and hit subscribe for more videos like this. The day of the Lord is near and coming soon, so may we be a people trembling, boldly proclaiming, and anticipating that blessed hope, the return of Jesus to judge the living and the dead and to rule the earth in righteousness from Jerusalem. God bless, and maranatha. 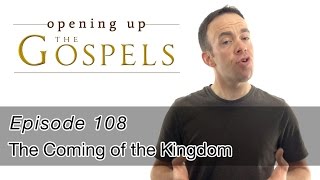 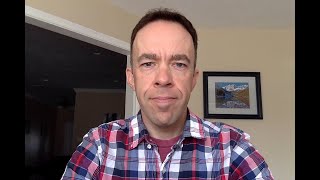 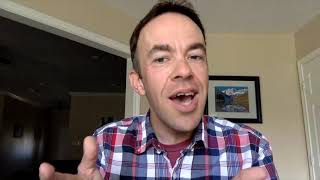