In this third video about basic discipleship, I talk about what we ought to expect as a true disciple of Jesus as we obey him and imitate him in this world.

Hey friends, it’s Josh. I’ve focused on the subject of discipleship in my last couple of videos - what it actually means to be a disciple of Jesus, and what Jesus actually taught his followers. I said in both of those videos that to be a disciple of Jesus means that we learn from him, we obey him, and we imitate him. I talked about some of Jesus’ words in the sermon on the mount in Matthew 5 through 7 in the first video, and then I discussed hiddenness and seeking praise from God rather than praise from man in the second video. And I want to continue in this video with another related idea along the same lines. That to be a disciple of Jesus will cause you on one level or another to be misunderstood, to be marginalized, to look foolish, to be persecuted, and to be hated in the eyes of the world. Exciting stuff, right?

Now in the west, especially here in America and where I live in the south, it’s easy - and almost expected - to say that you’re a follower of Jesus, or maybe as it’s said here often, that you’re a Christian. And this is a bit of a problem. Why? Well there’s a couple reasons, among probably many more - first, the culture that we live in isn’t generally hostile toward people who say they follow Jesus, and secondly - probably the underling cause of the first reason - following Jesus here has been simplified to attending a church on Sunday, frequenting Chick-fil-a and Hobby Lobby, not doing bad stuff, and voting for political candidates of a particular persuasion.

But when we read the words of Jesus and the accounts of his disciples in the scriptures, we glimpse a far different picture than what likely many of us experience here in the west. As I said in the first video in this short series on discipleship, Jesus teaches his disciples to do some offensive and seemingly unreasonable things. He says when you’re slapped by evil people, turn the other cheek and let them slap that too. Or when someone wrongly takes you to court, give more than what you’re sued for. Or when an authority wrongly compels you to work for them, you submit to the overreach. And as I mentioned in the last video, a disciple of Jesus pays attention to what they do in secret and seeks to be pleasing to God in everything - especially when no one is looking.

So according to Jesus, this kind of humility before others and before God is what characterizes a true disciple. In Matthew 11, Jesus said this:

“Come to me, all who labor and are heavy laden, and I will give you rest. Take my yoke upon you, and learn from me, for I am gentle and lowly in heart, and you will find rest for your souls. For my yoke is easy, and my burden is light.” (Matthew 11:28-30)

Jesus is using familiar language to Jews at the time - this phrase “come to me” is disciple language. Like Matthew 16, when Jesus would say “ if anyone wants to come after me, he must deny himself and take up his cross and follow me”. Back in the day, a rabbi would invite others to be his disciple by using this phrase “come to me” or “come after me”, and this would have been a great honor in the ancient world - to be personally invited to sit at the feet of a rabbi, to listen to his teaching, and to imitate his lifestyle. So Matthew 11 has relevance for everyone who calls themselves a disciple or follower of Jesus.

Now Jesus says something about himself here - he says he is gentle and lowly in heart. Other translations say “meek” and “humble”. The word used for meek or “gentle” refers to an attitude - if someone is meek, they don’t try to exalt themselves. And then the word used for lowly or humble is referring to a low social status. Of course Jesus here is embodying and exemplifying his interpretation of the Torah, and all of his teachings reflect this same kind of humble heart posture and dependence on God for everything.

We know that life in the first century in the Roman Empire is quite different than life in the 21st century in the west. But embracing Jesus’ teachings and manner of life - no matter the time or culture we live in - will result in at best misunderstanding, marginalization, and looking very foolish - and at worst, being hated, persecuted, and martyred. Of course we can see this entire spectrum in the life of Jesus himself. He’s the example, and when a disciple truly embraces his teachings and manner of life, it will result in the same kind of negative response that Jesus received.

Think about it - if someone takes advantage of you in whatever way, and you don’t seek revenge on them but instead you forgive them and commit yourself to God… or if someone wrongly takes something from you and you don’t seek to make them pay for what they did, but instead you return kindness and favor… or if you are marginalized or even mistreated because of your commitment to the gospel and to the teachings of Jesus and you bear whatever reproach or suffering comes your way instead of turning aside from the faith to preserve your comfort or reputation - in doing all of these things and more we imitate Jesus and his manner of life. And this is the kind of life that is well-pleasing to God, one that he approves of, and one that he will raise to life on the last day to inherit the world to come where there’s no death, sorrow, crying, or pain.

But of course this way of life is not the way that the world lives, and the message of repentance and the day of judgment is not anything the world wants to hear. A disciple of Jesus has turned from that worldly way of life, those fleshly lusts, and those ungodly attitudes and responses. So when someone lives like Jesus and calls others to obey him and imitate him, this is why the world will hate Jesus’ disciples just as they hated him.

Jesus himself said these words in Matthew 24:9, talking about disciples at the end of the age:

“Then they will deliver you up to tribulation and put you to death, and you will be hated by all nations for my name’s sake. And then many will fall away and betray one another and hate one another. And many false prophets will arise and lead many astray. And because lawlessness will be increased, the love of many will grow cold. But the one who endures to the end will be saved.”

And then this in Luke 6:

“Blessed are you when people hate you and when they exclude you and revile you and spurn your name as evil, on account of the Son of Man! Rejoice in that day, and leap for joy, for behold, your reward is great in heaven; for so their fathers did to the prophets. (Luke 6:22-23)

He also said this in John 15, talking to his disciples:

So to be a disciple of Jesus is to proclaim the message he did, to imitate the way he lived, to anticipate God’s coming intervention in the affairs of man and to live in light of the day of judgment and the kingdom of God. And in saying this I’m not primarily talking about involvement in culture wars or politics on social media - I’m talking about how we live and deal with first and foremost the situations and people around us in our everyday lives, and what we do behind closed doors when no one is looking. This is where discipleship begins, and I fear that a lot of what’s happened here in the west makes us focus more on the culture and less on our actual neighbors that live next to us or our family members or coworkers.

Settle it in your heart that to be a disciple of Jesus means that you’ll be despised and look foolish in the eyes of those who don’t follow him. These will likely be coworkers, family members, or neighbors, and then when the Lord adds some more weight to the bar for us here in the west, maybe it’s a larger group of people or authorities - they may hate you and take advantage of you. They may persecute you and even kill you. As Paul wrote to Timothy in 2 Timothy 3, “all who desire to live a godly life in Christ Jesus will be persecuted.” But just as Jesus entrusted himself to God, just as he lived fully before God’s eyes and sought to be pleasing to him, and just as God raised him from the dead and will vindicate him in the sight of all of the nations at his soon appearing, so God will do the same for loyal disciples. As I’ve said often in my past videos, what we believe about the future changes the way we live in the present. If the God of Israel is trustworthy to do all that he’s promised, and if the age to come will be characterized by humility and kindness and servanthood, then the only appropriate response is to live this way today in imitation of Jesus and to proclaim that coming day with boldness - no matter the cost.

Amen. If this was encouraging, like this video and drop a comment. If you haven’t yet seen the other two videos in this short series on discipleship, I’ve linked them in the description down below. Also, check out the other videos here on my channel if these subjects interest you. God bless, and I’ll see you in the next one. 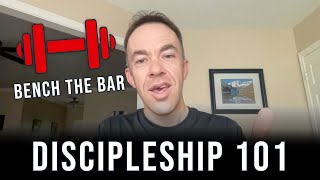 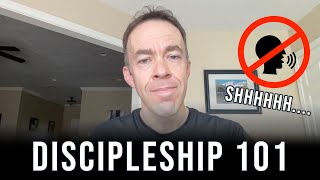 Discipleship 101: Nobody notices you, and that’s a good thing 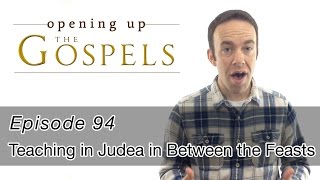 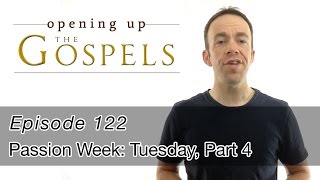 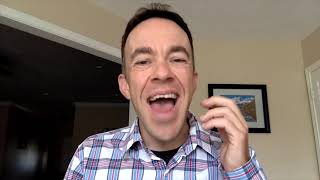